Matthew Henry and the Impact of Family Worship 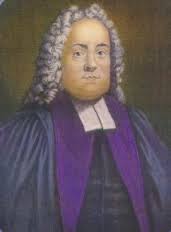 Matthew Henry, born in 1662, commented that his parents ‘taught us the good knowledge of the Lord, of the Lord Jesus, and led us into an acquaintance with Jesus Christ, and Him crucified’. At the age of twenty, he numbered some of the blessings he had received from God. One of them was: ‘That I had a religious education, the principles of religion instill’d into me with my very milk, and from a child have been taught the good knowledge of God’.

Sunday was kept as the Lord’s Day, and it was a special, joyful day for the family.

Weekdays were crafted by the regular Puritan habit of worship in the family circle.

Evening worship followed much the same pattern, sometimes with a longer explanation of the passage and perhaps catechising of the children.

In writing the life of his father, Matthew Henry documented something of the religious practice of the family home. While the father had the main responsibility of leading the family worship, Philip Henry recommended that the wife should sometimes pray with the husband, so that she would be familiar with leading worship in his absence, or carry it on if he died. He wanted others to follow similar practices in their homes, and encouraged them to make their home a little church.

Spurgeon would add years later: I agree with Matthew Henry